The Nurburgring, with its 160 high-speed corners draped across the Eifel mountains in Germany, has rightfully earned its reputation as the most fearsome circuit on the planet. The jewel in the circuit’s crown is the Nurburgring 24 Hours and this year SAFEisFAST was on hand interview the best in the paddock for a number of forthcoming films. Here are our thoughts from behind the scenes at one of the greatest race tracks in the world. 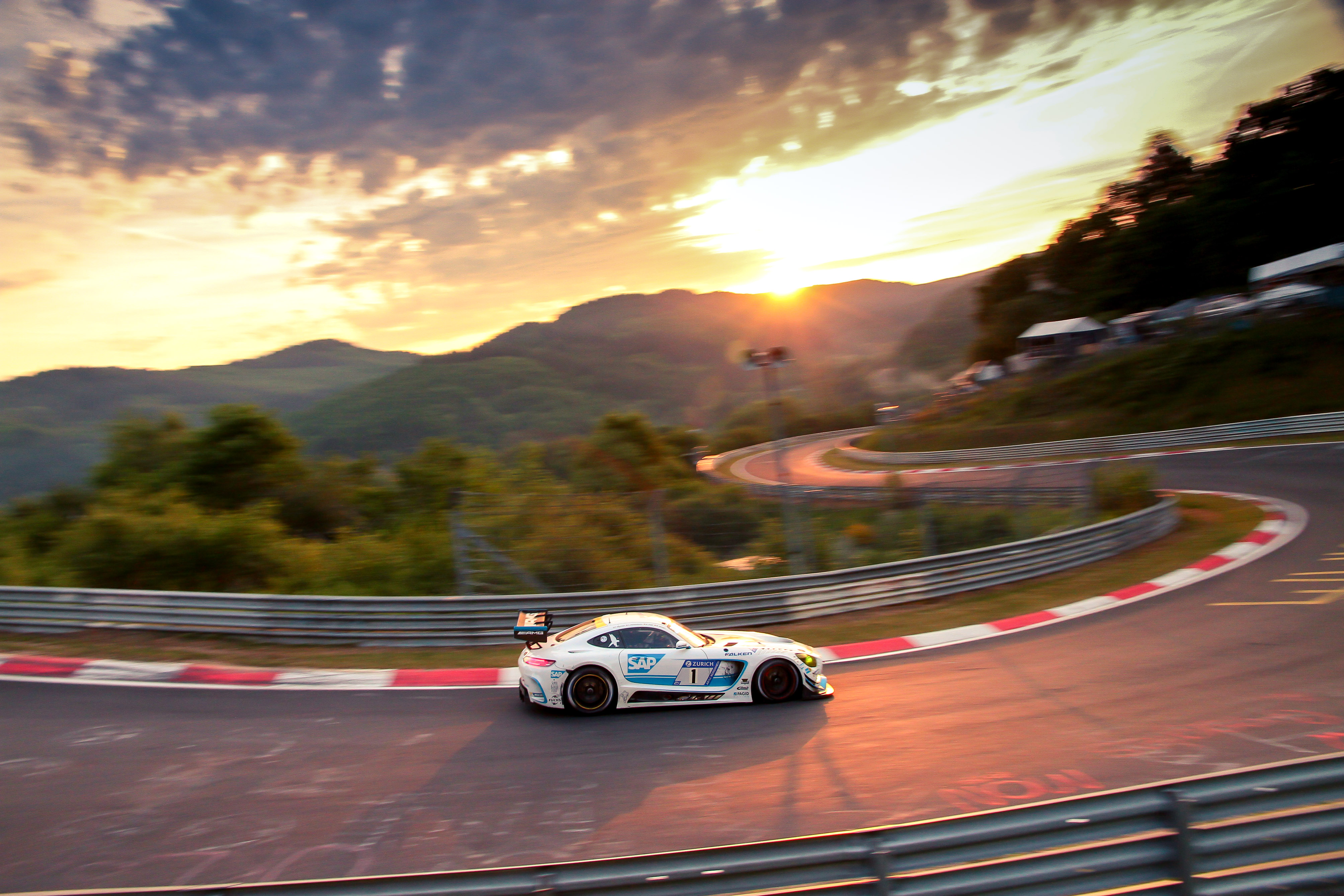 The Nurburgring’s reputation precedes it, but nothing compares to seeing the track in the flesh. Severe undulation, blind bumps, and an unforgiving nature like no other leave it hard to believe that modern motor sport is still a main-stay at the 92-year old venue. Thankfully it is and given the opportunity to admire the action at the fearsome Brünnchen corner is an experience every petrolhead should experience. 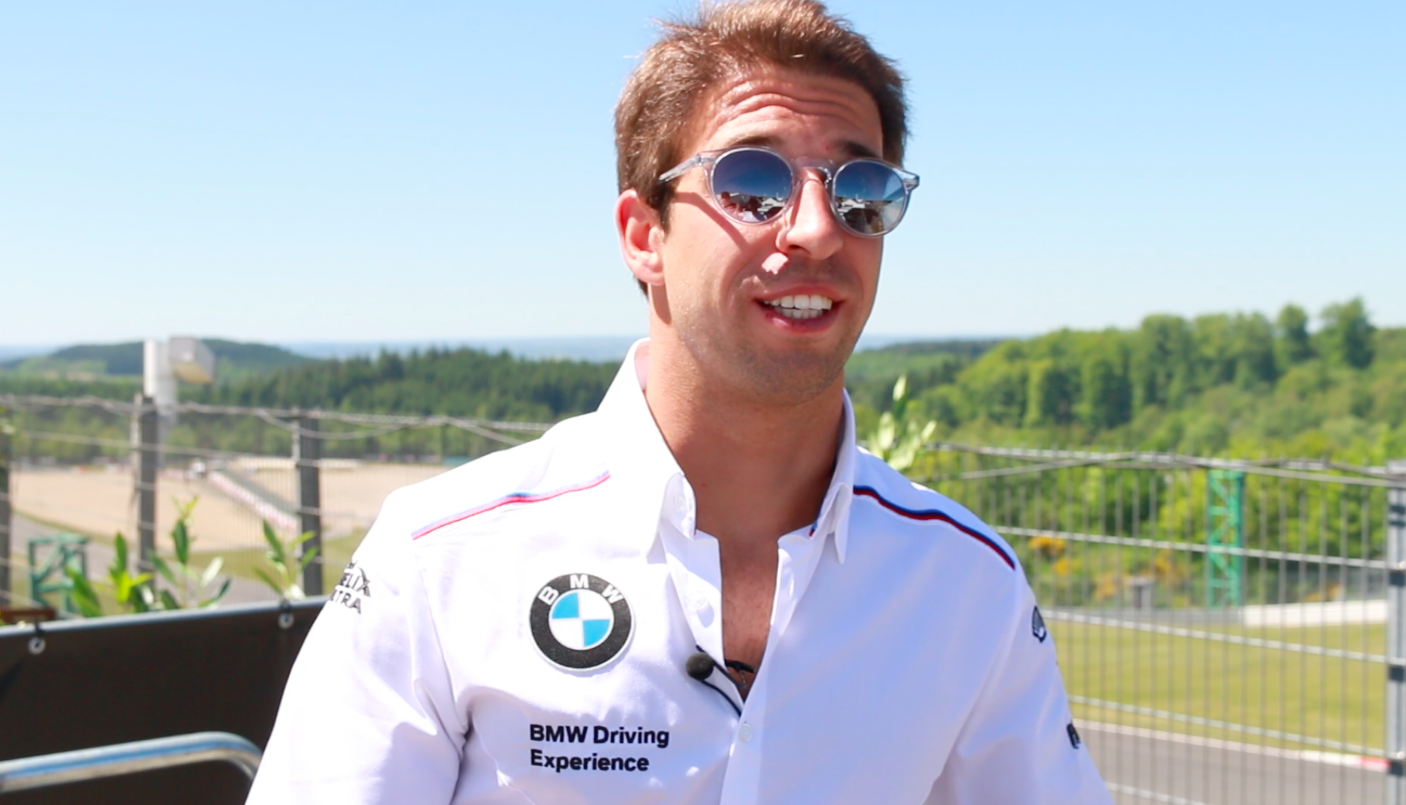 If anyone is braver than those who tackle the 24 Hours year-on-year, it’s those who choose to make their debut at the ‘Ring. Among the debutants this year were BMW factory drivers Alex Lynn and Antonio Felix da Costa, both piloting the #43 M6 GT3. Before our interview, Da Costa quipped: “Safe is Fast is not true, especially at this track!” He was joking, of course, and da Costa had a solid run until his car was retired with five hours to go.

Queen of the Ring… 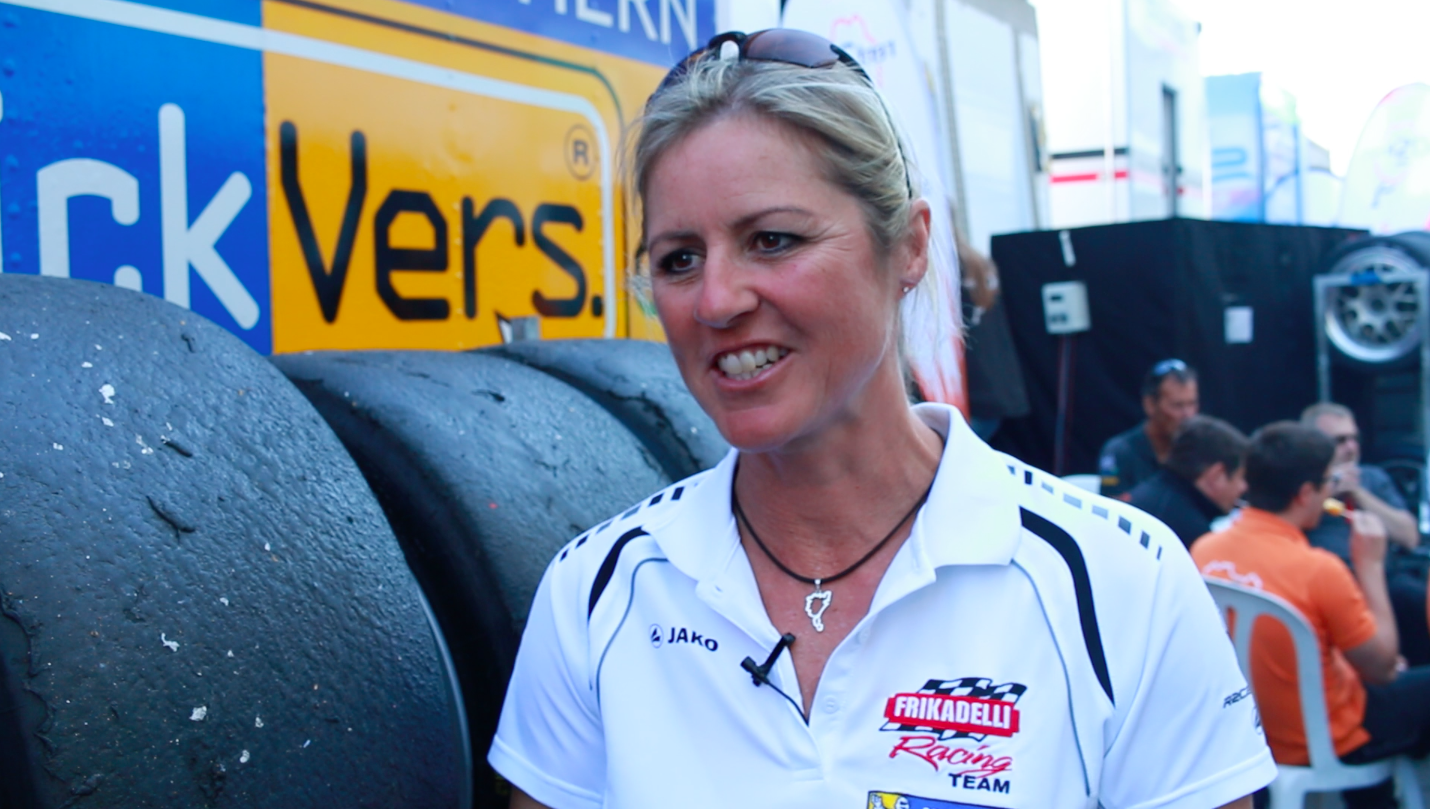 Almost as renowned as the circuit itself is the ‘Queen of the Ring’, Sabine Schmitz. The professional racing driver-turned-BBC Top Gear presenter was making her 25th start at the race, competing for Frikadelli Racing, and was more than happy to give up her time on the morning of the race to talk to us about the perils of the track she calls home. Sabine also offered some sound advice on how to tackle endurance racing for the first time, to be seen in a forthcoming film. Stay tuned!

…King (Kelvin) of the Ring 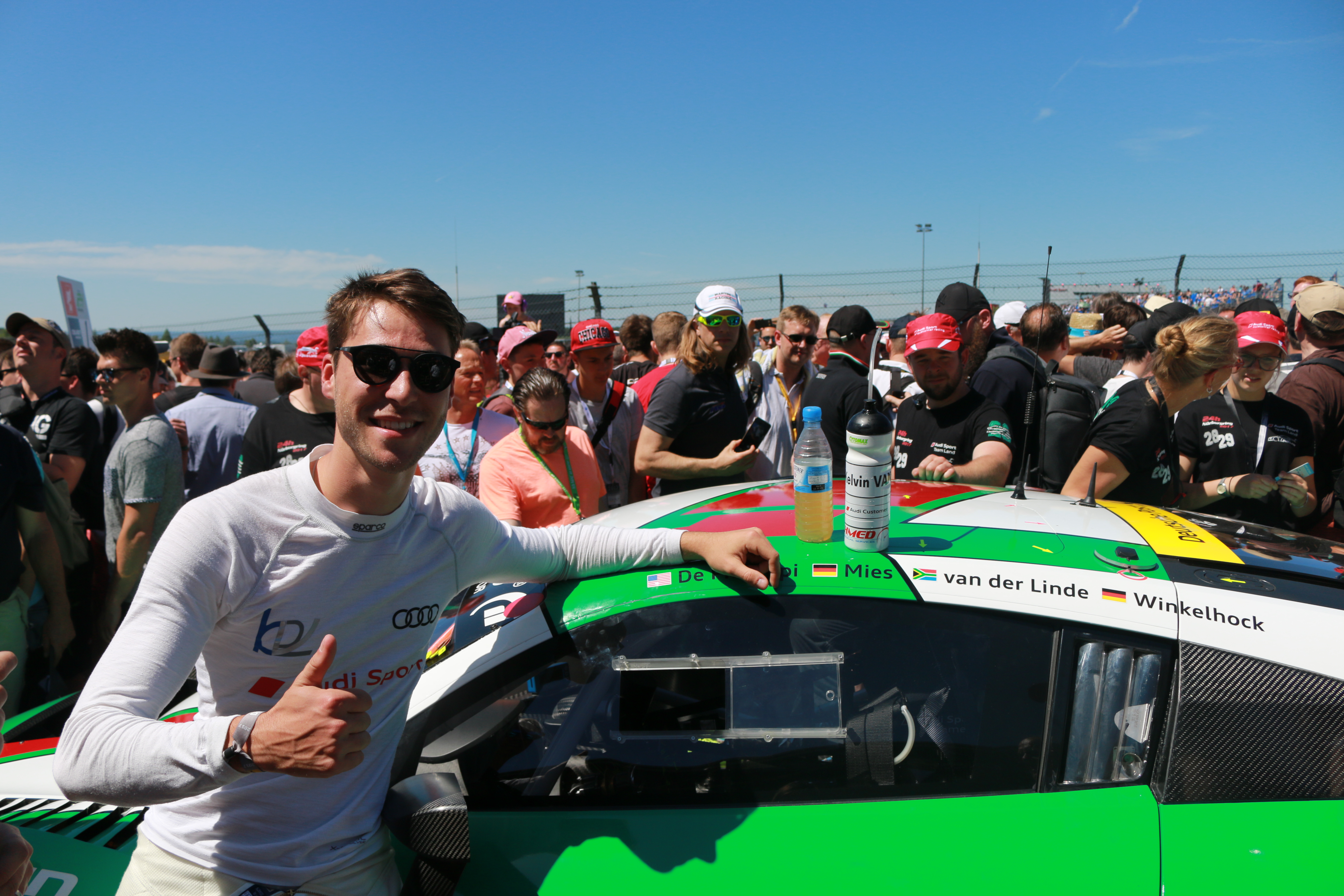 Every Queen needs her king, and so it seems does every ‘Ring. Enter Kelvin van der Linde, factory Audi driver and one of this year’s victors in the #29 Land Audi R8 LMS. After filming with Kelvin at Audi’s striking hospitality unit on the Friday, Kelvin invited us on to the grid ahead of the race and was happy to chat (and pose) ahead of his opening stint at the wheel. Impressive for a 20-year-old still learning his trade, and as great as ever to see nice guys finish first. 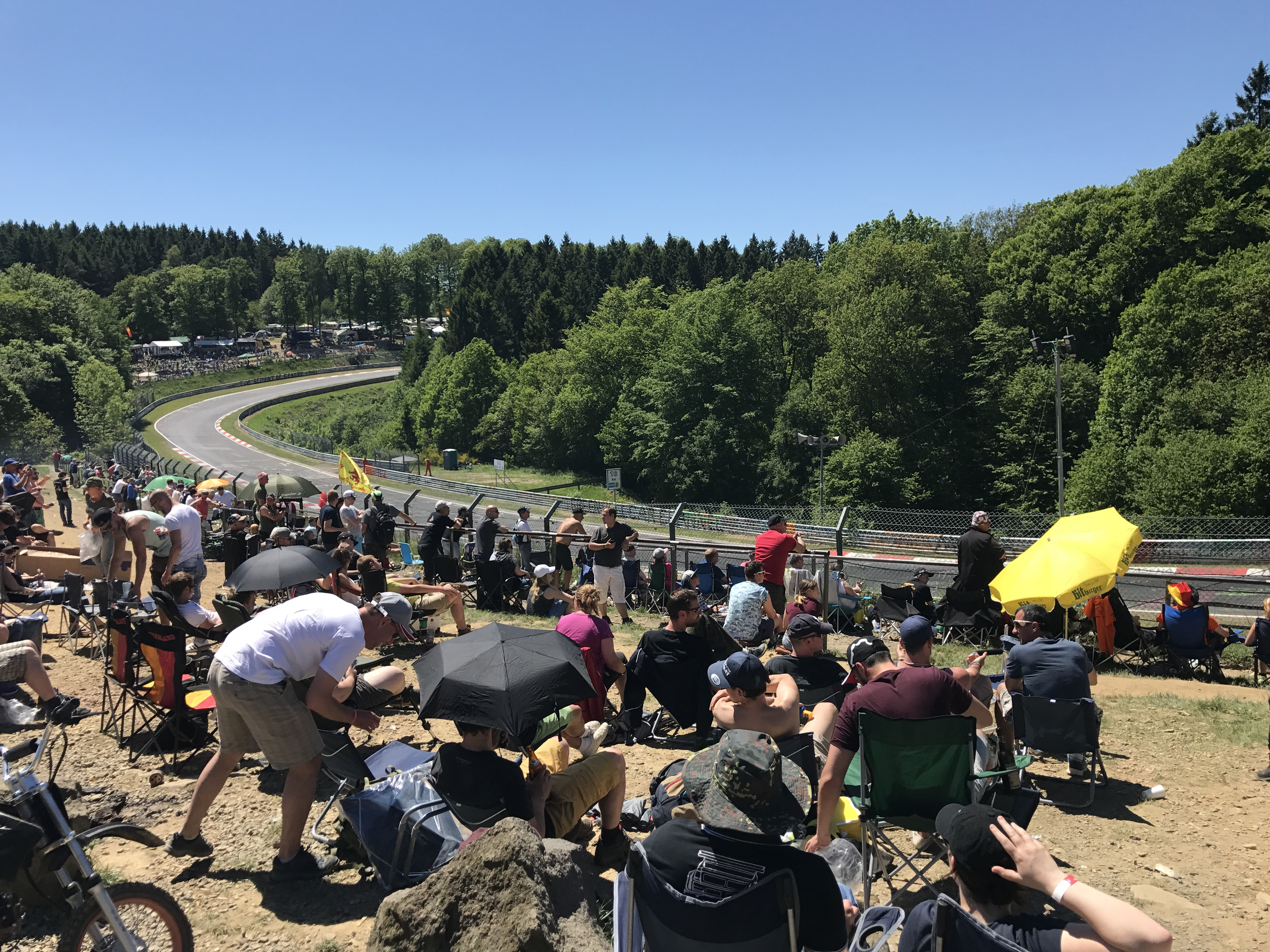 Beers, barbecues and Brünnchen, one of the Nordschleife’s toughest corners

The ‘spirit of endurance racing’ is a tired old cliché, but it’s hard not to utter at an event such as the Nurburgring 24 Hours. Beer, tank-top sunburn, barbeques, beer, horsepower-laden car parks, beer and campsite discos means the racing itself almost takes on a secondary role. From posing with fans intrigued by our media tabards to being urged to rev our beast of a hire car (ahem, Skoda Yeti) on the roads surrounding the circuit, the 205,000 passionate, friendly, racing-crazed fans that attended this year’s edition make the race truly what it is: special.

Keep an eye out for interviews from the Nurburgring in forthcoming films on this site. 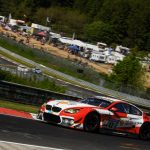