One of the initiatives supported by HPD gives the next SuperKarts USA S1 class champion financial assistance to make the transition into the inaugural Sports Car Club of America (SCCA) Pro Racing Formula 4 US Championship series in 2016.

HPD has teamed up with SCCA Pro Racing and Crawford Composites to assist the S1 champion make the next step in their racing career by providing discounts to help with the cost of an F4 car and its engine, as well as the series’ entry fee.

As the awards package was announced, Robert Clarke, President of SCCA Pro Racing, said: “The fundamental premise of the F4 program is to create the opportunities to develop that next generation of racers. From our strict cost controls to our driver-development efforts, the F4 US Championship is focused on accessibility, affordability, and competitive racing.”

“This awards package is another example of how HPD endeavours to support the grassroots racing community,” said Jeff Barrow, HPD’s commercial motorsports manager. “Many of the great Honda racers got their starts in karting, and we see this as a natural bridge between the two series.”

“SKUSA is pleased to have a cooperative alliance with SCCA Pro Racing and the F4 United States Championship,” said Tom Kutscher, owner and CEO of SuperKarts USA. “Both entities represent the premier organisations in their respective circles, and Superkarts USA is pleased to provide the platform for young talent to flourish. For those interested in pursuing a career in motorsport, or those looking to continue in karting, we couldn’t be more pleased.”

The awards take immediate effect with the order of the Crawford F4 chassis, the signing of the Honda F4 engine lease agreement and a commitment to the full 2016 SCCA Pro F4 championship program, which consists of 15 total races at five venues, beginning with the inaugural race weekend at Lime Rock Park on 27-28 May. For more information on the F4 US Championship, click here. 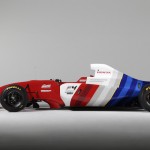